DW Windsor is powered by people with a shared passion for light, committed to delivering outstanding lighting solutions. To celebrate those who share our passion, we’ve sought out individuals who are making a positive impact on our community and shining a light on our industry. Through this series of interviews, we are highlighting a number of unique and inspiring people who are leading the way as Beacons of Light.

An Interview with Giles Radford

Giles Radford has more than two decades of experience in the construction sector. His commitment to delivering best practice is evident throughout his work, including an award-winning street lighting strategy led by a sophisticated LED upgrade programme, which will in turn provide a digital platform for smart city technologies.

Here Giles tells us more about his background, journey into lighting and greatest achievements.

I started working in the civil engineering sector at the age of 16. The regenerative nature of the work always interested me and this lead to my involvement in a number of mass regeneration projects in London, including projects in Camden and King’s Cross.

In 2013, I became Highways Manager for the City of London, responsible for both highway maintenance and electrical teams, as well as asset management for the area. I recall working on a project where 42 different types of lanterns needed replacing across the City of London. With energy costs spiralling, and carbon tax to consider, we needed to look at what we could do differently. My attention was quickly turned to an area that I hadn’t previously been familiar with – lighting.

While a focus on lighting was not part of my original career path, it has always played a critical part in maintenance and asset management projects I’ve been involved with. Light and lighting have always presented so many opportunities; it helps that people in the lighting sector have been so welcoming, humble and easy to work with.

What is one of your biggest achievements to date?

Winning Lux Awards for both 'Client of the Year' and 'Control Product of the Year' in 2019 against stern competition was a real high point for me. Then, being invited back as a judge was a massive honour. I see this as an even bigger achievement when I consider that my background isn’t in lighting.

I’m also really proud of the way I have raised awareness of lighting and urban regeneration through the PR work and interviews I have given on this topic. In all honesty, I’m fortunate that the lighting needed a lot of work when I started at the City of London as it presented the opportunity to make significant improvements and has led to the great outcome we have now. Not only have we won these amazing accolades, but we have also massively improved our reputation, setting a standard for others to follow

"Every location is different and has different needs. For the UK, it is important to consider the heritage aspect of our work, but we want to complement this with modern technologies as well as look and feel."

How did the City of London’s ‘smart city’ lighting scheme (in association with Speirs Major) come about?

The project was initiated by our engineering teams who were keen to replace our ageing stock. Excess energy consumption was becoming an increasing concern due to rising energy costs and the introduction of the carbon tax. We were spending a lot of money because of the outdated technology in our luminaires.

We needed to renew our entire lighting stock so we began a tender process, assessing what luminaires were needed. We looked at a range of manufacturers to identify who could provide which lanterns.

The tender process involved rigorous testing, which we ran alongside an exercise to evaluate all the different types of lanterns that were on the market. The two projects worked hand in hand for a while, but as we got into the detail, a lot of questions arose, such as which type of lantern should be used in a particular area, what were the most appropriate colour temperatures to use, what was good and bad practice, how do the buildings interface with what we want to do, and how can we integrate into future architectural plans.

It was all of these questions that made us realise we needed a lighting strategy. The strategy needed to focus on the look and feel for the public realm, which we recognised wasn’t within our skillset. We needed an expert to work with, and that’s where we made the link with Speirs Major.

Mark Major was instrumental in creating a lighting strategy that sets out our vision and what we expect developers to do alongside our work. An example is the Bloomberg building, which demonstrates how we expect integrated lighting on a building to look, coupled with how it functions with the street itself.

It took nearly two years to get right but it was important that we fully considered the long-term impact, and what we wanted to leave as a legacy. As part of the ongoing commitment to the principles of a Smart City, we have now started to explore traffic measuring sensors, air quality sensors and seat belt safety sensors. 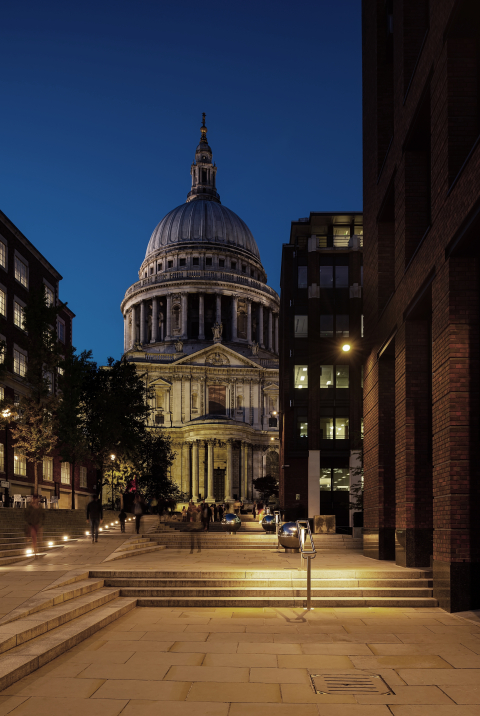 What were your key objectives for the City of London’s lighting scheme? Did you achieve the outcomes desired?

We did achieve the desired outcomes, with the primary aim being to replace the old stock which was burning through electricity and becoming unsafe. By working with Speirs Major we were able to get the right look and feel, complemented with the best colour temperature for each road and applied in the optimum measure.

The lighting strategy determines what colour temperatures we should implement in individual areas, as opposed to a blanket approach which some LED upgrade projects adopt.

We also took the opportunity to redesign the luminaire brackets to aluminium. They are now maintenance-free. This has meant new brackets, new lanterns, and new columns. This addressed the whole investment as opposed to how some local authorities have approached their regeneration and just changed the lantern. We wanted to make proper improvements and ensure longevity.

The lanterns are a click in, click out, mechanism, which is easy to maintain, while the LED will last for a sustainable amount of time. This all comes together to mean that we achieved our objective; we are well above our 60% target of energy savings and the associated costs. We are also almost maintenance-free.

The existing lighting can also be controlled and dimmed, subject to our requirements.

"I'm from Cambridge and I have taken it for granted how lucky we are to have such a rich history here in the UK. London city has a great mix too. Lighting has enabled us to blend and balance between the old and the new."

What advice would you give to any other Local Authorities/boroughs who are about to embark on the same journey?

Every location is different and has different needs. For the UK, it is important to consider the heritage aspect of our work, but we want to complement this with modern technologies as well as look and feel.

Ultimately, the planning stage is the most crucial. Take time to plan. Working with experts, carefully evaluate the lanterns you want; consider the most appropriate colour temperatures, and controls for the application. Get a strategy together for what you are going to do and how you will achieve it, and get this signed off by all stakeholders.

Most local authorities are under pressure to make energy savings, so they have already ploughed on with their LED replacements. While this offers some benefits, the lack of wider consideration does show in some locations. It comes back to the importance of that planning stage, and what the result might be if it is not conducted properly.

One of the most important decisions we made during the planning stages for the City of London project was to appoint DW Windsor. They have over 40 years of business success and were able to offer huge benefits such as economies of scale on the lanterns. Their involvement undoubtedly helped the project to have that future-proofing element that we wanted.

What are you most passionate about when it comes to lighting?

There are two main areas for me. Firstly, I’m passionate about colour temperature. I didn’t even know about this three or four years ago, but it is arguably one of the most critical aspects of lighting for us.

Secondly is the link to our history and heritage. I’m from Cambridge and I have taken it for granted how lucky we are to have such a rich history here in the UK. London city has a great mix too. Lighting has enabled us to blend and balance between the old and the new. 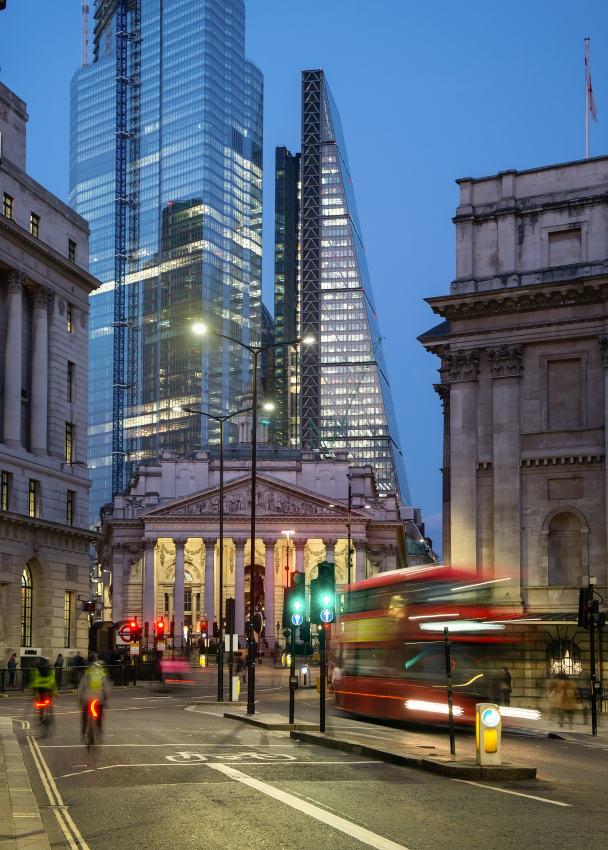 How would you articulate your overall philosophy about light?

My philosophy is quite simple – the right light, in the right place, at the right time. That describes everything that we aim for and is the key line in our strategy.

Mark Major of international design practice, Speirs Major – he was instrumental in creating a lighting strategy for the City of London and I could not have achieved any of the great outcomes we have delivered without his expertise! His attention to detail was enlightening especially with the Bloomberg building’s fantastic lighting integration which balanced light and darkness: meeting both functional and aesthetic needs.

Thank you to Giles for offering such valuable insights for our Beacons of Light project. More information about the LED lighting upgrade for The City of London can be found here.

If you enjoyed this content, please consider joining our mailing list. Simply provide your email address to keep up to date on the latest news from DW Windsor.

The Changing Face of Manufacturing in the UK