DW Windsor is powered by people with a shared passion for light, committed to delivering outstanding lighting solutions. To celebrate those who share our passion, we’ve sought out individuals who are making a positive impact on our community and shining a light on our industry. Through this series of interviews, we are highlighting a number of unique and inspiring people who are leading the way as Beacons of Light.

In 2020, Aluwaine won the Society of Light and Lighting's 'Young Lighter of the Year' at the Lux Awards. He won for his paper on off-grid solar lighting, specifically the Chigubhu lantern, which has been described as Africa’s ‘education system game changer’.

Here he shares his motivations, his interests, and his future plans.

I was completing an A-level equivalent in computing engineering. I had to make a choice and decided to pursue engineering. In the first year of this course, I learnt about lighting software and it sparked a real interest in me, so much so that I decided this was something I wanted to pursue further.

I have always wanted to study electrical engineering, even from a very young age. However, now I am finding my interest is piqued by other areas such as lighting design and automation.

What is one of your biggest achievements to date?

It has to be being named the SLL Young Lighter in 2020. The judges' comments were so complimentary, with the SLL President-Elect Ruth Kelly Waskett, stating that my work reminded the panel how lighting can make the world a better place. To receive comments such as these so early in my career was really encouraging and rewarding.

To anyone considering entering in 2021, I say open your mind and go for it. Entering the competition actually encouraged me to further develop my concept and made me realise the impact it could have on the wider community.

How did your SLL Young Lighter paper/proposal on off-grid solar lighting, specifically the Chigubhu lantern come about?

I wanted to create something that would make a real impact on our community, so I developed a concept that seeks to provide an off-grid lighting solution for education in Africa. 600 million people are without electricity and one in three primary schools are affected. I wanted to develop a low-cost solution that used solar power to deliver a clean, reliable light source. The result was the Chigubhu Lantern. Chigubha is a Shona word meaning plastic container and this relates to the core principle of my proposal around plastic and electronic recycling.

I then found out about the SLL competition through my course. I enquired and discovered they accepted international entries, so decided it was something I had to enter. 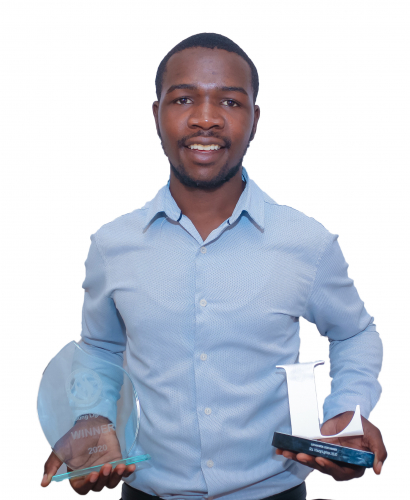 Tell us more about your presentation? What were your key objectives with this project?

My presentation focused on the introduction of solar-powered lighting systems but also sought to tackle plastic and electronic waste through re-use. From this, the Chigubhu Lantern was born.

My main aim was to improve access to energy and in turn provide more hours of study for education. My project seeks to utilise competitive pricing of solar-powered solutions to develop a high quality and reliable light source that can positively impact the educational system. We need to make sure lighting lasts longer, which LED technology can achieve, as not only does it provide more hours of light due to increased efficiency, but it also has a longer lifespan.

My proposed DC powered system consists of solar panels coupled to LED luminaires, plus charge controllers, batteries and charging points (5V and 12V) for charging individual Chigubhu Lanterns. I would like teachers to be taught how to set up and maintain the system. I also plan on creating collection points for any waste including cell phone batteries and LED lamps – with the aim to provide community training on how to re-use this waste to make more Chigubhu Lanterns.

With this amazing achievement under your belt, where do aspire to be in your career in 5 years’ time?

I want to move into a role that is more focused on lighting design or electronics, perhaps with a focus on home automation. This could vastly improve building work in Africa and make it much more energy-efficient. I want my career to be focused on helping my country and having a positive impact on my local community and I believe both lighting design and electronics would do this.

I wanted to develop a low-cost solution that used solar power to deliver a clean, reliable light source. The result was the Chigubhu Lantern.

How have the changes in the world, over the past 12 months, affected you?

The past 12 months have been a hard experience, as it has been for many. But while there have been difficult times, there have been glimmers of hope and good things have happened for me too, such as winning the SLL Young Lighter of the Year award. It is the year of a global pandemic, but also the year that I achieved so much both personally and professionally.

How would you articulate your overall philosophy about light?

Lighting should be available to everyone, no matter where you come from.

I am very passionate about the ability to control light and make it more accessible, last longer, cost less and be more energy-efficient. I just love light. 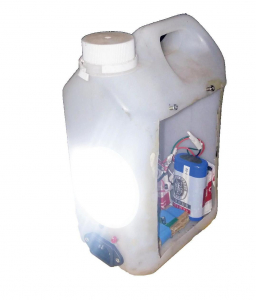 How does it feel to be recognised as a Beacon of Light?

I feel really blessed and very grateful that at such a young age, and so early on in my career, I have been recognised for my small contribution to the industry. Not just recognised in my hometown or country, but Internationally amongst the lighting community. I cannot really believe it – and this is just the beginning for me and my career.

My Beacon of Light is Shuji Nakamura, the inventor of the blue LED, which is a major breakthrough in lighting technology. This invention enabled bright and energy-saving white light sources. My concept would not have been the same without him, he has revolutionised the industry and the way we think and do things.

Many thanks to Aluwaine for sharing his aspirations with us for the Beacon of Light project. You can read more about the Aluwaine and his Chigughu Lantern here.

If you enjoyed this content, please consider joining our mailing list. Simply provide your email address to keep up to date on the latest news from DW Windsor.